In 2019, Premiership Rugby Ltd planned to use the latest mobile technology, and sporting role models, to help primary aged school pupils to develop their digital literacy and important life skills by accessing the curriculum in a new and exciting way.

To achieve this, Premiership Rugby turned to Aspire 2Be for their expertise and guidance. Along with support from both the CVC Foundation and BT Supporters Club, the Premiership Rugby Champions app was developed.

Premiership Rugby Champions, based on 3 core strands; Tackling Health, Tackling Numeracy and Tackling Character, is an interactive, cross curriculum-based digital app aimed at improving the educational outcomes for young children, increasing their digital literacy, self-esteem and raising their aspirations. Developed using the inspiration and role models of Premiership Rugby Clubs to connect pupils’ learning to the world around them, it uses themed digital content and lesson materials.

In early 2020, when the Covid-19 pandemic temporarily halted face to face learning, Aspire 2Be initially developed a home learning pack, aimed at helping parents homeschool their children, using rugby as the vehicle to drive the children’s learning. With the impact on education reaching new levels, Premiership Rugby Ltd responded by identifying a need for live lessons to accompany their learning content. Despite tight deadlines and being similarly restrained by the Covid limitations, the Aspire 2Be team were able to script, record and deliver a series of live lessons linked to the educational content already living in the Premiership Champions app. These were made available online via the Premiership Rugby YouTube channel

View All Sessions on the Premiership Rugby YouTube Channel

The feedback from both teachers and pupils has been incredibly positive, complimenting the ease of use of the platform and its effectiveness of meeting curriculum requirements.

“All of the sessions really engaged the students. As a teacher, it gives me everything I need and is packed with relevant curriculum links and resources.” Year 4 Teacher, High Wych Church of England Primary School.

Similarly, Wayne Morris, Community & Corporate Social Responsibility Director at Premiership Rugby expressed his pleasure at the success of the project; “The Premiership Rugby Champions app uses the power of rugby to inspire young children to learn, be active and discover their own inner champion to help them achieve their potential.”

"The Premiership Rugby Champions app uses the power of rugby to inspire young children to learn, be active and discover their own inner champion to help them achieve their potential."
Wayne Morris
Community & Corporate Social Responsibility Director 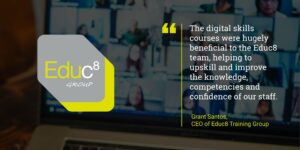 As with many other businesses during the pandemic, the switch 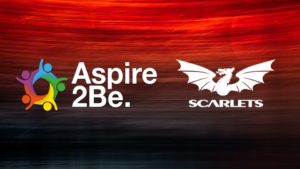 Aspire 2Be, a multi award winning learning technology company, this 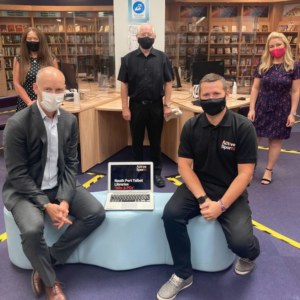 Children in Neath Port Talbot will soon be taking a 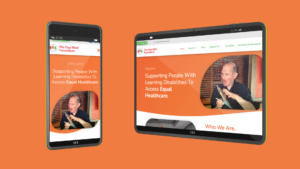 The Paul Ridd Foundation is a charitable organisation set up